The Chief Minister waves the Sarawak flag in a launch gimmick for the mobile banking services. Banks under this initiative include Bank Simpanan Nasional, RHB Bank, AgroBank, and Bank Kerjasama Rakyat Malaysia.

KUCHING: Sarawak has launched one of the nation’s first mobile banking services to reach out to rural areas across Sarawak with four banks offering their financial services via this initiative.

The Sarawak government has allocated RM1.6 million under the Pakej Bantuan Khas Sarawakku to initiate the mobile banking services to rural areas in Sarawak.

“We are aware of the importance of banks and its financial services to the people. 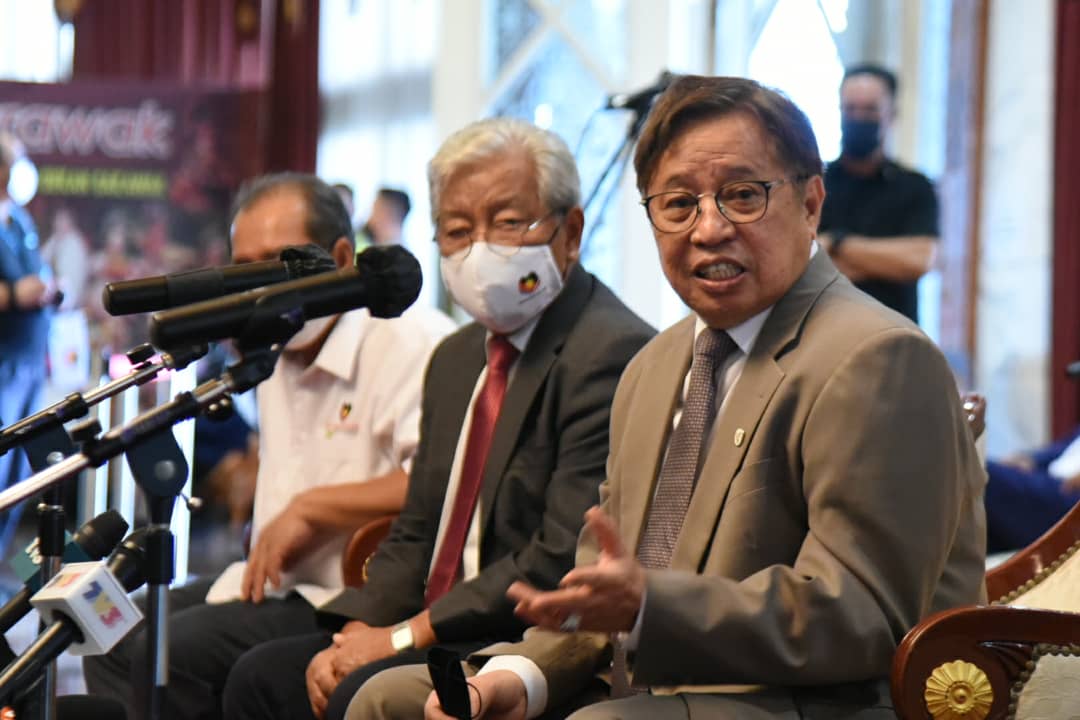 “With this service, we hope to make it more convenient for the people living in rural areas in terms of getting financial services from these banks,” Chief Minister Datuk Patinggi Abang Johari Tun Openg said during the launch of the mobile banking services to rural areas in Sarawak today.

He pointed out that it would be a difficult task to open up physical banks across Sarawak but with this Mobile Banking Services initiative, people living in rural areas will be able to utilise the banking services provided by these banks without traveling to city centres or town areas.

AgroBank will be providing services at Padawan, Tebedu, Lundu, Lingga, Asajaya, Sadong Jaya and Sebuyau, which are predominantly agricultural and tourism areas.

Deputy Chief Minister Tan Sri Dr James Masing said that at the beginning of 2020 when the Covid-19 pademic took its toll on Sarawak and the Movement Control Order was implemented, many rural towns suffered as rural folk were not allowed to travel outside of their settlements.

“I would like to thank the banking fraternity for their understanding to serve rural population and the expeditious manner that answers the call of Sarawak’s rural needs.”